In Beantown, the indictment and upcoming trial of retired FBI agent Robert Fitzpatrick on perjury charges is a vindictive prosecution designed to intimidate potential whistleblowers and rewrite history.

In November 2015, six months after former FBI agent Robert Fitzpatrick was indicted on federal charges of perjury and obstruction of justice in the District of Massachusetts, his lawyer was contacted by one of the prosecutors in the case. The U.S. Attorney’s office was ready to offer Fitzpatrick a deal. In so doing, for the first time since the indictment was announced, the feds effectively laid their cards on the table.

Fitzpatrick’s indictment stemmed from his testimony at the trial of mobster James “Whitey” Bulger, two years earlier. The trial was a sensation. Though there was never any doubt that Bulger would be convicted on racketeering and murder charges, the larger issue of whether or not the trial would reveal once and for all the vast web of corruption that had enabled Bulger via his role as a top echelon informant remained an open question.

In this regard, the trial was a carefully orchestrated whitewash. The prosecutors Fred Wyshak, Brian Kelly and Zachary Hafer, with the help of Judge Denise J. Casper, restricted the testimony through rules of evidence. They were largely successful in their efforts to maintain the fiction that the internal protection of Bulger, a murderous gangster who continued to murder people while working for the criminal justice system, was the result of “a few bad apples.” Bulger was convicted and given a life sentence; the media in Boston was mostly satisfied with the results.

During the trial, Bob Fitzpatrick was called to testify by the defense. Bulger’s lawyers wanted to use the former agent to illustrate not only how Bulger was protected within the Boston office of the FBI, but how the corruption extended beyond the FBI into the Department of Justice (DOJ) in Washington DC and the U.S. Attorney’s office – the same U.S. Attorney’s office that was now prosecuting Bulger.

During cross-examination, Fitzpatrick was savaged by prosecutor Brian Kelly. The government attorneys seemed outraged that the former agent would take the stand on behalf of the opposition. Kelly sought to destroy Fitzpatrick, using a style of cross-examination that that was far more accusatory and incendiary than had been used against murderous gangster witnesses such as John Martorano and Steve Flemmi.

To add insult to injury, after the trial Fitzpatrick was indicted on six counts of perjury and obstruction of justice.

Which brings us to the November 2015 offer of a plea deal by the prosecutors in the case.

Among the charges against Fitzpatrick are five counts that are so absurd that it is stunning they would be allowed to bring these charges in a federal court of law.

In his testimony, Fitzpatrick was asked about certain highlights from his long history as an agent. He described having worked in Memphis as a young agent and having responded to the assassination of Martin Luther King Jr. He noted that he was among the first to discover the rifle used by James Earl Ray in the assassination. In another part of his testimony, he described being among the agents present during the arrest of mafia boss Gennaro Angiulo.

The government is claiming that Fitzpatrick committed perjury in making these claims, that even though these facts have nothing to do with the Bulger case, his making these assertions in court somehow rises to the level of a federal crime.

Now, it turns out, neither of those particular “crimes” really meant much to the feds. They are merely a ruse designed to coerce Fitzpatrick into copping a plea on another count in the indictment, one that strikes at the heart of the credibility of the criminal justice system in New England.

In his testimony at the Bulger trial, Fitzpatrick detailed – as he had in many other courtroom appearances – how he had met with Bulger. As the assistant agent in charge (ASAC) of the Boston division, he had been sent to debrief Bulger and determine his “suitability” as an informant. During his meeting at Bulger’s condominium in Quincy, the mob boss, in Fitzpatrick’s retelling, made it clear that he did not consider himself an informant.

The offer the feds made to Fitzpatrick is this: if he would enter a plea stating that he lied when he recounted Bulger saying that he was not an informant, they would drop all the other charges in the indictment. And they would agree to a sentence in which he did no time in jail.

Through his attorney, Fitzpatrick said ‘no.’ As he later told me: “I’m not going to lie about what I was told. I’d have to live with that the rest of my life. I’d rather go to trial.”

At the Bulger trial, the insistence on the part of Bulger’s attorney’s that their client had never been an informant was a weird little sideshow that at times seemed to dominate the proceedings: had he or had he not officially been an FBI informant? The prosecutors produced Bulger’s 700-plus page informant file and put on the stand one of his FBI handlers, disgraced supervisory agent John Morris, to detail the arrangement. Bulger’s lawyers claimed that their client was merely a criminal paying dirty cops and agents for information, and that he was never a rat.

Fitzpatrick made it clear that although he believed Bulger was an informant, it was possible that Bulger had been allowed to believe that he was not. “There’s a lot of reasons informants sometimes don’t want to be labeled as informants,” Fitzpatrick explained. As someone who had taught a course to other agents on how to cultivate informants, Fitzpatrick knew what he was talking about. “In some case,” he testified, “they say that for ego gratification, for power, and for a host of other reasons that they don’t want to be called an informant.”

Many observers at the trial wondered why the government was spending so much time trying to undermine Bulger’s assertion that he never was an informant. In terms of the criminal charges against Bulger, it didn’t matter. There was no criminal charge relating to whether he was or was not an informant. Bulger cared, because he was trying to burnish his reputation as an “honorable” criminal who would never be a rat. But why did the government care?

In making their plea offer to Fitzpatrick, the same prosecutors who presided over the Bulger conviction have now revealed their true motives.

If there were to be any public legacy that the FBI, the U.S. Attorney’s office or DOJ had allowed Bulger to operate within the fantasy that he was not an informant, then the criminal justice system has blood on its hands. The use of informants by law enforcement and the criminal justice system would be exposed as a sham. By allowing Bulger to commit murders and other crimes free from any official informant relationship, free from any restraints, meant that the entire government had entered into a criminal partnership with a serial killer disguised as a gangster.

So, dig this: after meeting with Bulger, Bob Fitzpatrick told his supervisors, This guy does not believe that he’s an informant. He believes that he’s the one in charge. 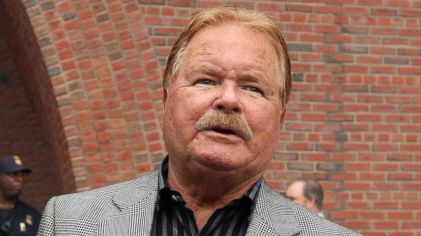 No one listened to Fitzpatrick.

No wonder the system has now undertaken an internal mandate to criminalize Bob Fitzpatrick.

There are other factors at play. During grand jury hearings on the Fitzpatrick case, AUSA Hafer grilled a former FBI agent about a book published by Fitzpatrick. Entitled Betrayal, the book was an account of Fitzpatrick’s frustrations in the Boston office of the FBI. The retired agent, in his testimony, revealed that he had come away from reading the book with the perception that Fitzpatrick deserved some credit for having exposed and ultimately taken down Whitey Bulger.

Hafer took exception to that characterization. “Agent Fitzpatrick is not the person who took down Whitey Bulger,” he said.

“Then who is?” asked the witness.

Hafer nodded to his co-prosecutor, Fred Wyshak, and said, “You’re looking at him.”

That, in a nutshell, is what the case against Fitzpatrick is all about. It is an attempt by the U.S. Attorney’s office to control and shape the legacy of the Bulger case. It is no accident that charges against Fitzpatrick were not brought after the trial, but much later, after a highly touted documentary about the trial was shown in movie theaters and broadcast on CNN. Directed by renowned filmmaker Joe Berlinger, the documentary (Whitey: United States of America v. James J. Bulger) portrayed Fitzpatrick as a whistle blower, as someone who tried to call attention to the dirty relationship between Bulger and the system. Fred Wyshak, who has now presided over Bulger-related cases for nearly a quarter of a century, cannot countenance Bob Fitzpatrick, an outlier, being seen as the man who exposed Bulger when he and his office are the sole proprietors of this legacy. The U.S. Attorneys office will destroy Bob Fitzpatrick, if they have to, to make this point.

Why should I care? you might ask. There are grave injustices perpetrated by the justice system all the time. On a weekly basis in America, DNA evidence reveals men and women who have been falsely convicted by state and federal prosecutors and sent to prison for crimes they didn’t commit. In attempting to determine where you should focus your compassion and concern, why should you care about a man who is being set up on perjury charges?

Well, consider this: until he arrived in Boston, Bob Fitzpatrick was an exemplary FBI agent who never once had any contentious dealings within law enforcement. He was a company man who believed in the system and carried out his duties with pride and diligence. Even when he began to smell a rat in Boston, he did not go outside the system to reveal what he knew. He sought to process it within the system because he was, as he had been in the U.S. Army and throughout his life, a team player. In seeking redress within the system, he became a threat and has been perceived as a threat to the system ever since. And for that, the system is now seeking to destroy his reputation to salvage its own legacy.

Why should you care?

If the criminal justice system will do this to one of its own, just imagine what it would do to you or someone you know.

3 thoughts on “BULLSHIT IN BOSTON #2”